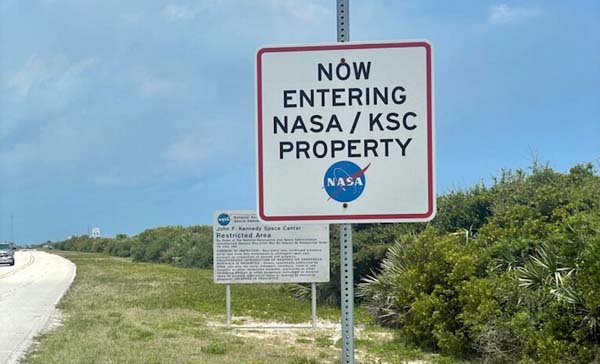 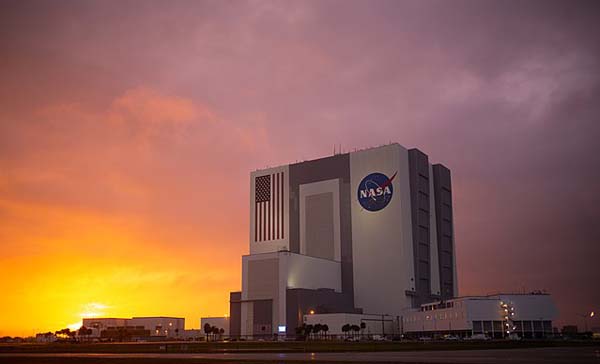 Our commitment is to pace the rate of developing technology and growing economic demands on the domestic and international aerospace industry at large. Our corporate objectives include continuous improvement in our product and services, a commitment to our clients’ goals, and a safe and efficient worldwide air traffic and aerospace system. 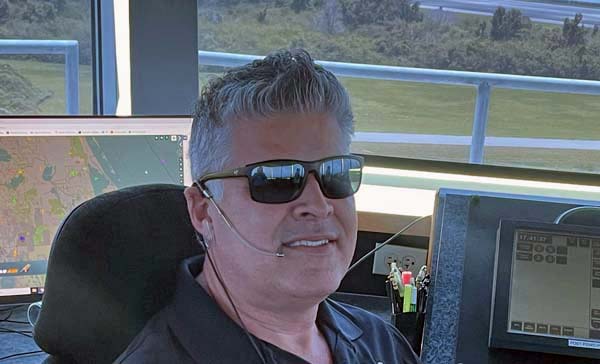 The Washington Consulting Group, Inc. is committed to maintaining the highest quality Air Traffic Management, Airfield Operations, and Facilities Maintenance Support Services for our clients.  Our policy is achieved through client focus, continual improvement and employee empowerment, training, and teamwork.  Our company values integrity and honesty in all our dealings with clients, vendors, and employees. 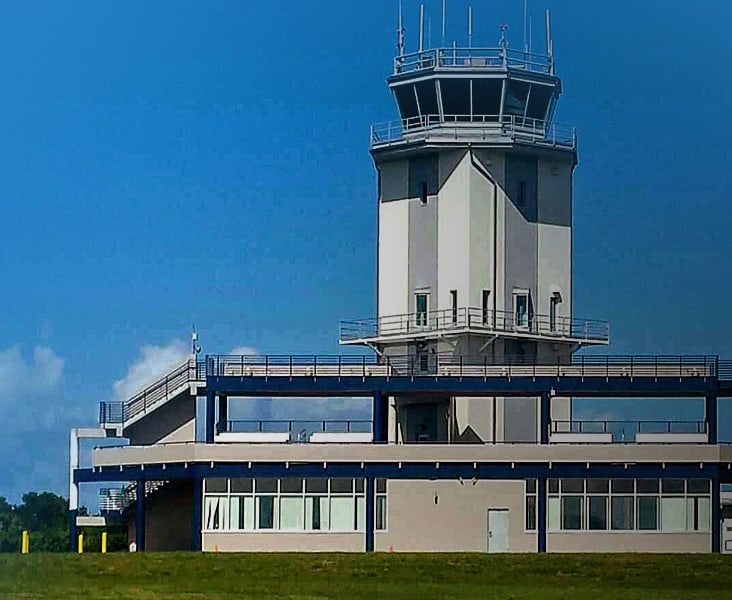 WCG’s activities span the globe and include domestic and international venues. Over the past 42 years, WCG has provided training in virtually every Federal Aviation Administration air traffic control facility in addition to providing operational support for a number of non-federal and U.S. Department of Defense (DoD) air traffic control towers. WCG has worked with a number of aerospace industry partners.

Internationally, WCG has provided training and operational support for the DoD in a number of Middle Eastern countries in addition to support for Air Navigation Service Providers in Europe, the Middle East, the Caribbean region, and South America. In Asia, we have provided training, operational assessments, environmental studies, and procedural development in Hong Kong, Indonesia, the Republic of China (Taiwan), and the People’s Republic of China (PRC). 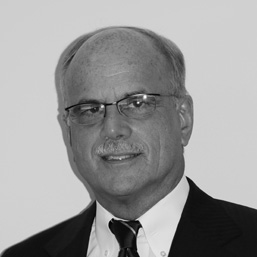 Armando C. Chapelli Jr. is WCG’s founder, Chairman, and Chief Executive Officer. One of WCG’s biggest accomplishments under his leadership was leading the reconstruction and reestablishment of Iraq’s civilian aviation infrastructure, including a functional, locally staffed controller training program.

Armando’s leadership awards include Hispanic Businessman of the Year from the U.S. Hispanic Chamber of Commerce (1988) and Venture Magazine/Arthur Young Finalist for Entrepreneur of the Year Award (1988). His academic awards include receiving an academic scholarship and fellowship to Georgetown University (1970-1974) and being inducted into the Hunter College Alumni Hall of Fame (1995).

Armando C. Chapelli Jr., WCG’s founder, Chairman, and Chief Executive Officer, immigrated to the United States from Cuba in 1960 and started WCG out of the back seat of a Ford Mustang in 1979. Under his leadership, WCG grew from an initial $8,000 contract from the Small Business Administration’s 8(a) minority small business program to annual revenue topping more than $50 million.

When WCG graduated from the 8(a) program in 1990, an SBA administrator praised the company’s “reputation of providing quality products and services” and wrote that the company “stands as a role model for other minority-owned businesses.”

WCG’s biggest accomplishments under Armando’s leadership include providing training to most of the nation’s 15,000 air traffic controllers and leading the reconstruction and reestablishment of Iraq’s civilian aviation infrastructure, including a functional, locally staffed controller training program. Other WCG accomplishments under his leadership include air traffic programs throughout China, Australia, and South America.

Besides founding WCG, Armando also applied his business expertise as an organizer of The George Washington National Bank of Alexandria, Virginia, and founder of Farragut Media Group, Inc., which sold the El Tiempo Latino newspaper to the Washington Post Company in Washington, D.C. Armando also owns and operates Shape Lovers, a health food company located in Miami, Florida; serves as an adviser and partner for Prepworks, LLC, an education software company, also in Miami; and Chairman and President of  Aerospace Accessory Services, Inc., also in Miami.

Before founding WCG, Armando worked as a financial consultant for Investment Services International and Director of Circulation and Promotion for World Traveler Magazine. He also served as a teaching assistant/lecturer at Georgetown University for courses in International Relations, International Law, and Comparative Politics.

In the evening, you’ll find Armando fishing (not always catching) snook and tarpon at Cape Florida lighthouse. Here he “aligns” goals and objectives with the natural order of life. 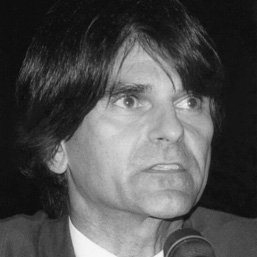 Jeff Griffith, WCG Principal & Emeritus Director, joined our company in 2003 after retiring from the FAA as as Deputy Director of Air Traffic. His WCG accomplishments include evaluating the Air Navigation Plan for Colombia; developing procedures for expansion of Beijing International Airport, including the environmental study; and implementing a new airspace classification system in Australia.

In his last FAA position as Deputy Director of Air Traffic, Jeff was a senior executive responsible for air traffic management for the U.S. National Airspace System. Earlier in his career, he served as FAA Program Director for Air Traffic Operations and was responsible for the daily operation of more than 500 operational air traffic control facilities in the United States. This included the Air Traffic Control System Command Center that worked on a real-time basis with system users to address strategic and tactical decisions on managing the nation’s flow of aircraft that exceeded 60,000 daily flights with air traffic controllers at any given time handling more than 5,000 aircraft.

His FAA international experience includes serving as co-chair of the RTCA Free Flight Select Committee working with industry representatives in developing the Government/Industry Operational Concept for the United States. The Operational Concept was developed in consultation with EUROCONTROL to ensure global harmonization in air traffic management. Jeff also served as a member of the RTCA Program Management Committee where Minimum Operational Performance Standards (MOPS), Minimum Aviation System Performance Standards (MASPS), and Standards and Recommended Practices (SARPS) were reviewed, and commented on, from United States and EUROCONTROL Workgroups for harmonization in the development of future communications, navigation, and surveillance technology.

Jeff has served as the U.S. Representative to International Civil Aviation Organization (ICAO) meetings and supported the ICAO Air Traffic Management Operational Concept Panel in development of the Global Air Traffic Management Operational Concept. He provided oversight to an international staff that attended meetings and supported other countries in the ICAO Regions and the Head Office in Montreal. Jeff was one of several senior executives that met twice a year with the Director General of EUROCONTROL and his staff to work in the development of Air Traffic Management between the United States and Europe and to seek global harmonization with other countries.

Jeff also served on the faculty of the Georgia Institute of Technology lecturing on the subject of Airport Noise Control and Land Use Compatibility.

In his free time, Jeff enjoys spending time with his family; running; and boating with his wife, Debra. 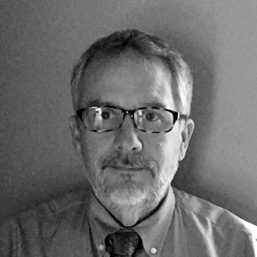 Paul C. Bartko joined WCG in 2016 as Vice President, Aviation, after retiring from the FAA after 34 years of service. His last FAA position involved leading the development and implementation of the FAA Air Traffic Organization national crisis response and emergency operations programs.

Paul received the U.S. Department of Transportation Secretary’s Gold Medal Award for Outstanding Achievement for his work in Iraq reconstituting the aviation system in 2003. He has received recognition and awards for his work throughout his career including 9-11 Security efforts (2001), Hurricane Gustav and Ike response (2008), Presidential Inauguration Support (2008 and 2012), Haiti Earthquake relief and Deepwater Horizon response (2010), Incheon Airport air navigation facility implementation (2001), Incheon Airport Airspace redesign (2006), and many more.

Paul C. Bartko, WCG Vice President, Aviation, is responsible for aviation business development, both domestic and international. His air traffic management career began in the late 1970s as an air traffic control specialist in the U.S. Air Force and continued with 34 years with the FAA.

His last position at FAA, before retiring in 2016 and joining WCG, was Senior Manager, Strategic Operations Security, Air Traffic Organization (ATO) System Operations Security. There he lead the development and implementation of the FAA ATO’s national crisis response and emergency operations programs as well as interagency cooperation on government-wide aviation security policies and strategic plans.

Paul was the first FAA employee deployed to support Haitian earthquake relief activities immediately after the January 2010 event to assess and then assist in restoration of air traffic management capabilities. He also served as the lead ATO expert on international incidents and conflict zone events, such as Malaysia Air 17 incident, Syria and Yemen civil wars, Ukraine conflict, and MANPAD threats. Earlier in his career, he managed interagency planning, coordination, and cooperation in support of ATM Security initiatives for major events, such as the United Nations General Assembly, Super Bowl, and Presidential movements.

Paul served as the first FAA Representative to the Middle East based in the Middle East region in Abu Dhabi, United Arab Emirates, from 2005 to November 2006. There he coordinated and managed aviation-related activities with other U.S. Government agencies, international civil aviation authorities, Middle East States, and organizations; promoted international aviation safety, security and efficiency, and civil-military coordination and cooperation; and solicited support for U.S. standards, policies, and procedures. Paul also deployed to Iraq as the first FAA Senior Advisor in May 2003, providing technical expertise to the Iraq Ministry of Transportation, the Iraq civil authority, and the Coalition Forces in the reconstitution of the Iraqi civil aviation system.

Paul has written or co-written several high-profile publications, including the Iraq air traffic control system reconstruction plan in 2003, the initial FAA plan for supporting the reconstitution of the Afghanistan civil aviation system in 2004, and the air navigation services portion of the FAA’s 1999 Safe Skies for Africa program. Paul has also been responsible for development and acceptance of new ICAO guidance and procedures to address global air traffic management security and civil military coordination protocols.

In his spare time, Paul enjoys spending time with his wife, children, and grandchildren. He also enjoys running, woodworking, and working around the house. 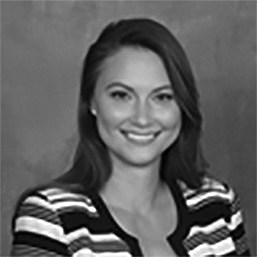 Nicole Valentine, PMP is the President of WCG. She is a transformational executive leader with a unique combination of corporate as well as operational practice in the aviation industry.

Nicole was awarded the Pacific Command’s Top Air Traffic Controller of the Year for expertly directing the DOD’s most robust tactical Aviation Exercise “Red Flag.” Her operational exposure and subject matter knowledge led her to be selected as the U.S. Government’s Acquisition Program Manager for its $450M Aviation, Command & Control, Operations & Maintenance (ACCOM) Program. The ACCOM Program is widely known as one of the most dynamic operational programs supporting the Department of Defense’s Central Command mission. As the ACCOM Program Manager, Nicole was in charge of the safe and efficient contracted ACCOM services for over 1.5M annual flight operations spanning nine countries and 17 geographically separated operational sites.

Nicole M. Valentine, PMP, WCG President began her aviation career as an Air Traffic Control in the United States Air Force. Throughout her time in the service, she controlled, trained, and managed some of the busiest and most complex operational aviation facilities in the DOD. Furthermore, she was certified as a procedural airspace deconfliction expert and was entrusted with the safe deconfliction of over 2.3K flights a daily from the Air Force’s Command and Control Center Headquarters;